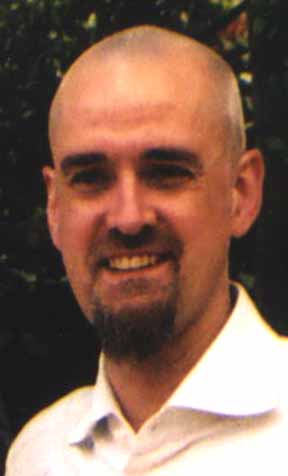 A Few Examples of Dan's Work

Dan has worked on a wide range of complex cd-rom and online/internet titles. Dan has created CD-Rom, iTV and Internet projects, working with clients such as: BBC, Channel 4, FilmFour, Law Business Research, Apple Computer, IBM, Electronic Arts, ABC/Disney and others.

A CD-Rom created in London in 1989 by Multimedia Inc for ABC World Reference with Dan Salmon serving as Project Leader during a final phase of its development. It contains 360 degree panoramic environments (bioramas) that feature the sights and sounds of the animal world; video stories that document animal behavior; 3D spinning globes and the taxonomy tree to understand how animals relate to their planet and to one another; stunning photographs and time-lapse animation sequences; and finally, an animal trivia game to help lock in the knowledge attainable in this learning device.

Film Storyline. Two big industrial doors firmly shut out the world. A boy runs past, lost in his own delight, and darts into a side passage. The clock strikes eight. An overworked clerk, busy at his desk, is lost for a moment in time. What time? Is this the future or is it the past? Who's past? The clock ticking ever forward, or is it backward? Ticking and tricking. The memory of a tinkling piano. A key to another time, another place, unlocking dark secrets hidden amongst endless files crammed in the mind. She had the face of a doll, but nothing lasts forever, except maybe a moment. Does the past really come back to haunt us? Love, death, innocence and loss relived again and again.Set in the world of shadows, peopled with phantoms from the past, or are they the present or maybe the future, it's so dark in here! What's the time again and is this the key to the answers? Only time will tell.

London's Channel 4 Television was starting a new venture to provide pay-per-view movies via an elaborate website for advertising and purchase of films. They air films from festivals like Cannes that don't make it to regular theaters and usually have very short runs in art theaters. Channel 4 had already begun advertising the opening of FilmFour, and were way behind schedule, but Dan took it on, delivering the website in time for the opening. That contract grew and grew until Dan's company (YourShow Ltd) was employing five others. CLICK here to see the current version of that website.

While a student in the College of Environmental Design and Architecture, University of Colorado/Boulder, Dan created outstanding models of design projects. The renovation of an abandoned Denver building involved creation of condominiums and a night club on top, pictured here. These skills carried over later on to set design/construction for movies and theatre.